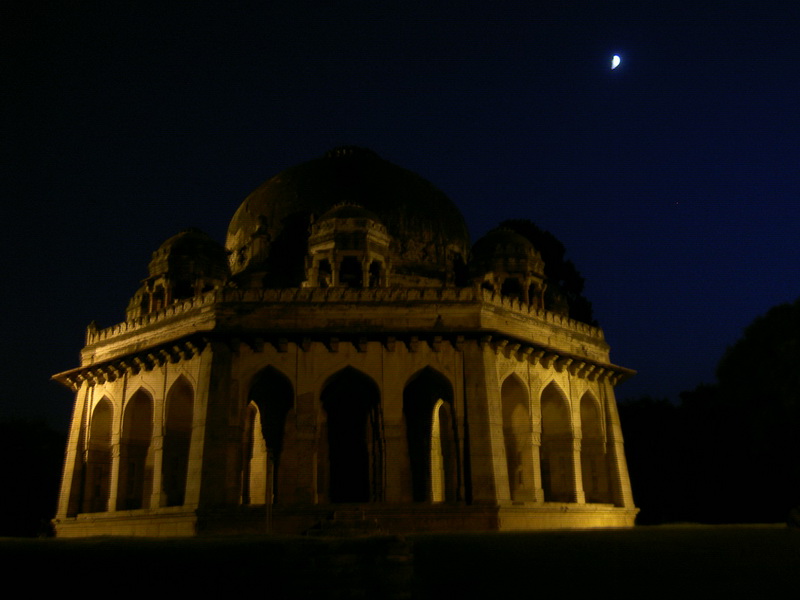 The whole of South Delhi stands on a former gigantic Muslim necropolis.  As one rushes about one keeps bumping into one crumbling tomb after another.  Some are being preserved; some are fenced off to be maybe one day preserved; some are squatted in; and some are just crumbling among single family homes, or in front of apartment buildings, or in the back of a school or a police station.  When inquired about, they solicit from Delhites the usual philosophical shrug:  “Some generic monument”.  And rightly so:  India has so many.  Nearly every year the decision is made not to preserve this or that — the cruel truth of life is that the past must die simply so that the present can continue.

Some parts of the South Delhi necropolis have been made good use of:  the Delhi Golf Club is laid out among beautiful tombs; and the Lodi Gardens is a pleasure park designed around the tombs of the Lodi Sultans of Delhi.  And laid out well, so that a walker is constantly surprised by new vistas now of this tomb, now that.   In most cases we do not know the names of the rulers buried there.