This is a statue of Bes from Amanthus (Cyprus).

Bes (also spelled as Bisu) was an Egyptian deity worshipped in the later periods of dynastic history as a protector of households and in particular mothers and children. In time he would be regarded as the defender of everything good and the enemy of all that is bad. While past studies identified Bes as a Middle Kingdom import from Nubia, some more recent research believes him to be an Egyptian native. Mentions of Bes can be traced to the southern lands of the Old Kingdom; however his cult did not become widespread until well into the New Kingdom.

Modern scholars such as James Romano demonstrated that in its earliest inceptions, Bes was a representation of a lion rearing up on its hind legs.

After the Third Intermediate Period, Bes is often seen as just the head or the face, often worn as amulets. It is theorized that the god Bes came from the Great Lakes Region of Africa, coming from the Twa people (a pygmy group) in Congo or Rwanda. The ancient Twa were about the same height as the depictions of Bes.

Another theory, connected to Bes’s role in both the protection of children and women in labour, is that Bes is the figure of a miscarried fetus. Bes is also known to be wearing a lion skin on his back.

Bes is supposed to be a dwarf — most of statues of Bes are tiny, childsized at most.  This one is gigantic — good 6 meters tall.

My other favorites here are the Kalos — with very Khmer-looking chests; and, of course, the Bull.  Do you have any guesses as to the meaning of this iconography, though (from a 2 c. AD tomb in Sidon): 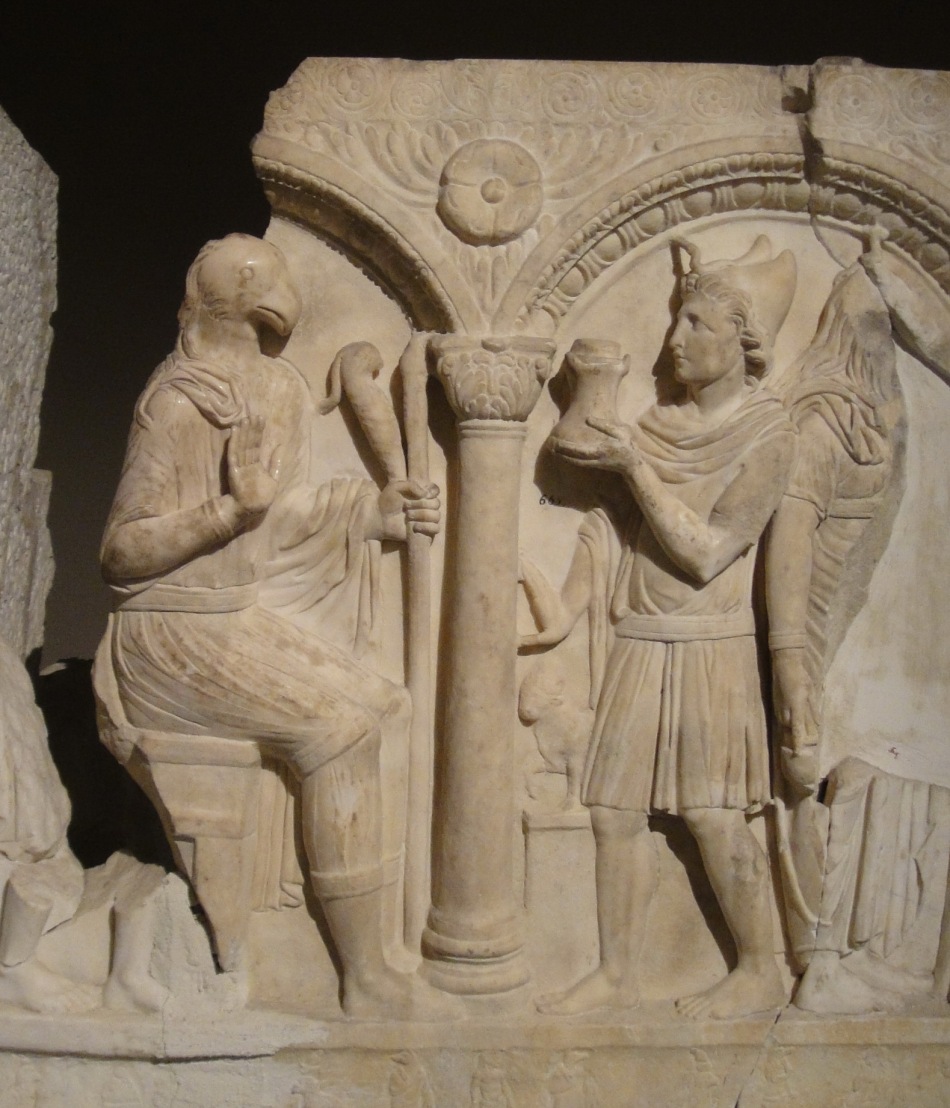