Clearly, like all Portuguese, Dom Jose I liked to eat. This is why he commissioned François-Thomas Germain (1726–1791), the son of Thomas Germain, a French silversmith and heir to the title of royal silversmith and sculptor to the King of France, to make this little set for him. The set suggests his majesty had small hands, a tiny mouth, and ate sparingly — at least at breakfast.

Thankfully, in the name of social justice, the state has arrested these iniquities of inequality and locked them behind glass, where they will never again be stroked by a loving hand or touched by worshipful lips.

One day, no doubt, we will attain such perfection of justice that we will do the same to all beautiful women as well. 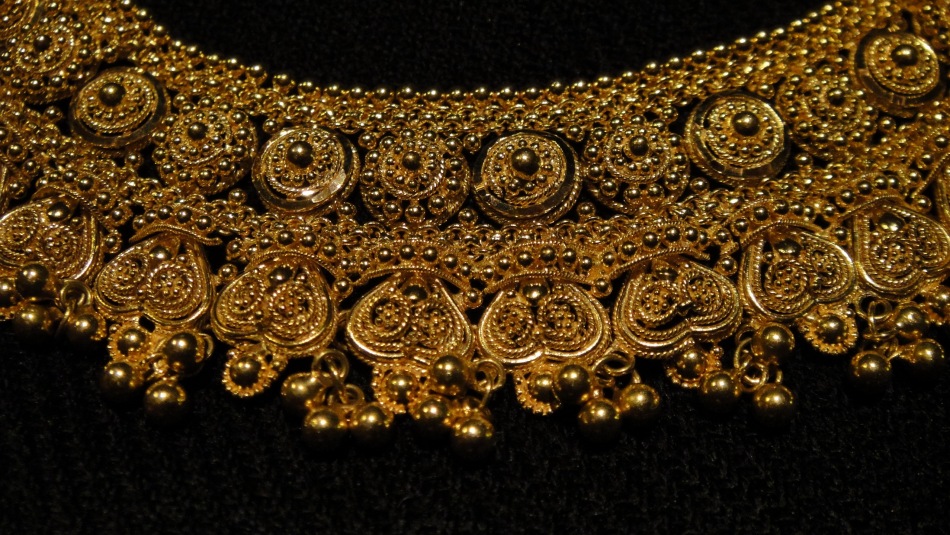 Filigree — use of very fine wire, as thin as 0.2 mm, often used twisted or braided, since single such thin wire would break too easily — and granulation — use of tiny rolled balls, less than 0.5 mm in diameter, and in the case of so called “dust granulation”, less than 0.1 mm — are two metal working jewelry techniques which have been developed and lost several times throughout human history.

Readers of this blog will not be surprised to know that we’re in the process of losing it again.

As of 2002, Aleppo, Syria, once famous for filigree work, was no longer producing any; but Delhi still was; which is when I bought this lady’s choker, from Mehrason’s in Greater Kailash, chosing it from among three dozen others on sale.  On a visit to the same Mehrason’s last November, the only filigree/granulation work still available for sale were five very large pieces (each weighing more than 15 oz. of gold) — which, on account of their gold content/price, have been in the store for years.  All smaller (and therefore faster moving) pieces were infinitely cruder, using mainly diamond cut — a rough technique consisting of cutting several sharp-edged surfaces into thicker gold wire to give it glitter.  It looks well at three feet and absolutely god-awful at one.  It also takes less skill and time to make.

Oporto in Protugal, once famous for its filigree silver (sometimes gilt), is said to still produce it — at any rate, Oporto filigree is still on sale.  But who knows for how much longer — better secure your own now.

Some Lalique jewelry at the Gulbenkian 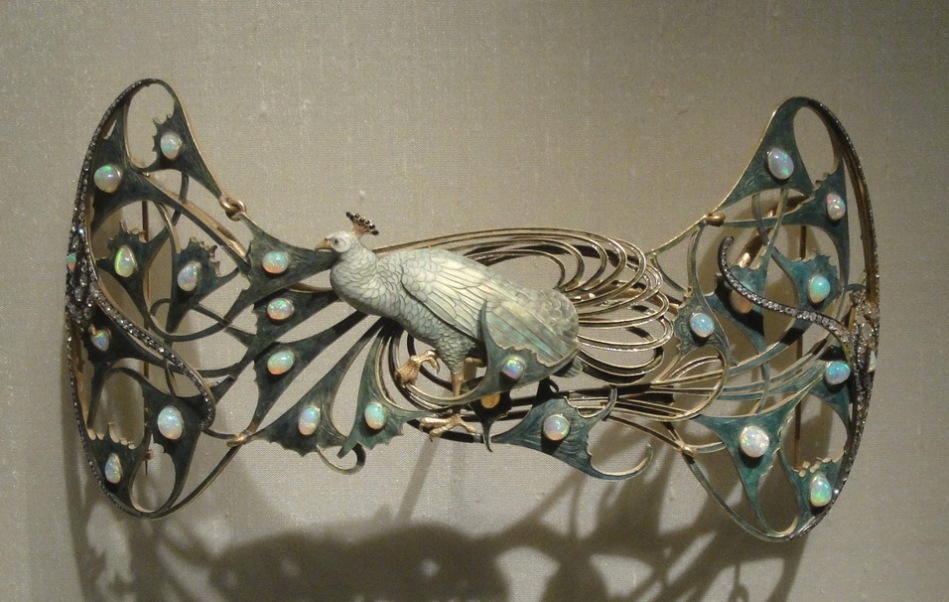 Innovative, original, sometimes even disturbing, it fascinates and… tires: it’s hard to see how it can be more than a passing fancy, how one may not suffer a surfeit of it. The traditional designs are duller, as if quenched, and they… never tire.

Victoria and Albert: an — er– ado?

Not sure what to call this one, except German, 16th century. About 10 inches tall.